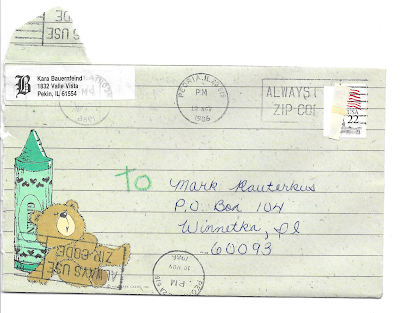 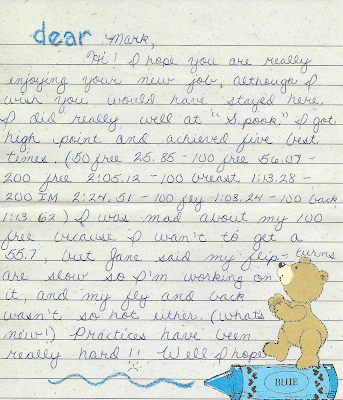 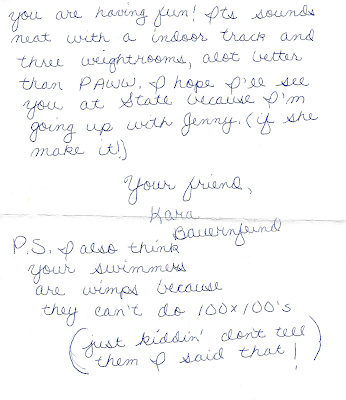 I was the first full-time coach at New Trier Swim Club, NTSC. I stepped into a weird situation there and had one or more people on the seven person coaching staff who was a complete snake.

As I was departing PAWW, I went far out of my way to recruit applications for my eventual successor. I put calls to Washington and strongly encouraged Mike Smithers to interview and take the position. Some months later he took the job and arrived in Peoria and developed his style and the team in ways that were different than what I was doing.

Posted by Mark Rauterkus at 8:20 PM No comments: