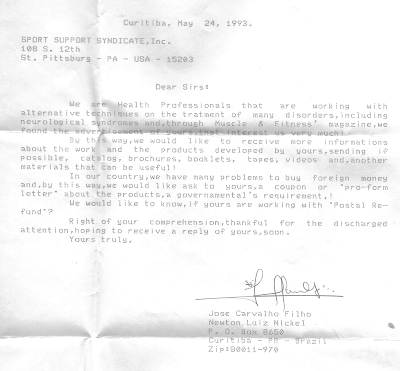 Competition in Swimming, Diving and Aquatic Programming in Western PA

Both the boys and girls swimming teams at Plum finished among the sweet-16 at last year’s state championships. Plum swimming, like that of most of the other programs throughout the area, is as strong as ever. Good programs stretch from Penn Hills, to Kiski Area and local bragging-rights encompass the state-champions, North Allegheny.

High school swimmers and divers look forward to the WPIAL meet and advancing to states. For serious athletes, it is a big-deal to compete at WPIALs. This year, the WPIAL championships were split into two different meets, one for large schools and another for smaller schools.

The kids on today’s scholastic teams know that to be good, it takes year-round involvement and plenty of additional practice beyond the school-team season. The club swimmers and divers rule at the championship meets. For decades, the champion athletes could be found on the club teams which offer year-round training. Everyone knows that the best way to reach the finals in swimming or diving is to stay in shape and practice well beyond the short, 4-month high school season. Hard work pays off in swimming, and it will continue to do so for many years to come.

In the 1960s, many of the suburban and rural schools did not have swim teams. And in the near future, the swim team structure in place today in many of our area schools might die. Today, many of the swim teams are alive, but a majority are choking and could be in their final twilight hours.

Don’t get me wrong. Competitive swim racing, and the equally important aquatic sports, are here to stay. However, things are bound to be quite different in the years to come.

Dr. Robert Thomas, assistant swim coach at Penn Hills said, “Swimming, as a recreational form will always be around.” But he sees some changes, like co-ed mixed relays and diving leaving the scene—“unfortunately.”

“I don’t think diving has a chance in the long-term, said Scott Klugh, Shaler’s diving coach. “When I was a kid, if a school had enough people to do an activity, it would start something, even if it was intra-murals at first. Now the administrators at the schools are worried about money.”

Communities will continue to operate their facilities and realize a return on its investments, but community leaders will further emphasize programing and educational enrichment, rather than the recreational benefits. The trend toward more independent coaches will lead to partnerships in the schools and at the pools in due time.

Plum built its pool in 1976 and Penn Hills started its team in 1962. In the older years, kids swam at the Ys and in the summers.

Back in the 1950s, the good teams were in the City of Pittsburgh where swimming pools were in the schools. Vandergrift High also had a pool and a team in its old school, which became part of Kiski Area in 1963. Obviously, swimming pools and swimming teams go hand-in-hand and as the modern high schools in the area were built, they included the pool within the school facilities.

Today’s exceptions are Oakland Catholic and Central Catholic who bus their teams to practices and survive with rented pool time.

Robert Kozak was a Pittsburgh resident and former, City Swimming Champion in the past period of time. Kozak recently retired after working a career in the printing trade and moved to the North Hills. Kozak says he thoroughly enjoys swimming at the N.A. pool in the evenings and weekends.

“When I competed for the city title, we were in the war years and there were races such as the tired-swimmers-carry, the 60-yards underwater and one race where you had to kick and carry a rifle over your head as you swam.”

In the 1940s, butterfly wasn’t in the rulebooks and the 220-yard race was competed at A.A.U. Nationals.

In those times, the war was near, and it touched everything, including swimming. For competition, the focus was the U.S.A. against the world. The swim races reflected the times of society.

The great team battles in swimming with months of total team involvement are dying.

Individually, some awesome talent and excellent results are being posted in the aquatic sports at schools. But the gap between the competitors is huge.

At Plum, there are no “try-outs and cuts” to make varsity teams. In lean years, Plum does not have enough students on the team to complete a meet line-up. Plum does not have many male divers. Anyone who shows-up for practice can make the swimming team.

It is common to see the star swimmers lap the field. A 55-second race for some finds others finishing in 1-minute-55-seconds. The best athletes are getting better and better while the lower-end seem to be getting progressively worse.

Chris Troilo, Kiski Area Swim Coach in 1990s said, “With better training and better preparation, the kids are going faster and faster. Swimming has less in quantity but more in quality.”

Head-to-head, close races are rare. In swimming, the clock is an objective judge and improving one’s time is where self-satisfaction occurs, not in winning.

The future for swimming needs to stress personal excellence. Swim teams should be incubators for excellence. With a shift in athletics away from the team concepts, coaches and athletes can get individualized attention and develop personal bonds. Teams with 3 or 6 or less than 12 members are more common.

Team sports needing large numbers of participants will flounder or have to adapt in the future. The best athletes will compete in individual sports. Plus, professional swimming is in its infancy. Other professional leagues are starting to diminish, obviously in attendance, but also in TV viewers.

In the future, athletic departments in schools will not be able to boast valid win-loss records because the competition will be too diverse and unreliable.

Swimming is an ideal environment to teach and experiment with high-level learning. The technical, physical and motivational components of the aquatic sports are demanding and require year-round attention. The fundamental lessons in ethics, decision-making, analysis and performance are difficult concepts to teach and study. The lessons of hard-work and fitness at the pool transfer beyond the athletic arena and into everyday life.

In the future, let’s utilize swimming pools and coaches with vision to capture the imaginations and to inspire greatness in some of our students.

Mark Rauterkus, was the Head Swim Coach at Plum High School, and was the publisher of the Sports Support Syndicate, an independent, small-press in Pittsburgh. The SSS published cutting-edge books on sports-participation. Mark has coached swimming state-record holders in five different states. In Mark’s first and second years of coaching swimming at Plum, the girls team finished in 2nd place at the WPIAL championships in 1992 and 1993.

Posted by Mark Rauterkus at 4:02 PM No comments: