"Pitt stadium will be razed..."

Sorry to see you feeding into the "done deal mentality." And, its nine-time national champions, not six.

Some of the mentions in the opinion article include:

Pittsburgh should cater to the busy people in our communities, and not spectators anway. We, the citizens, want among other things, more spaces to engage with one another. These are high-level playgrounds. We like the idea of sports performance complexes, but they need to server citizens with much better cost/benefits.

One can live while in the role of a spectator too. In the stands one can build releationships. One can also appreciate a struggle of time, space and releationship in others, and learn for themselves.

Pitt needs students, old grads and idle townspeople to come to its campus on Saturdays. Pitt does not need empty seats on the North Side on Saturdays.

The Game and the Process of Games

Who said anyting about being pure? Why not argue and refute virginity as a reason to raze Pitt Stadium. The Brian goes on to write, "Better players engorged the stadium." Snicker. Seems you do have a dirty thought -- engorged!

Beano is a pigskin prognosticator of national stature, and that makes him a gambling advocate, in turn less pure, in turn of under-the-table transactions. To say what Beano says is anything but a "gambling" perspective is unwise. If Beano says Pitt should move to the new Steelers stadium, I'm of a heart to say that the move should not happen all the stronger. You are talking out of both sides of your mouth. Just above you had a purity thread, and then below you switch to a source of the worst kind for purity.

I say do the inverse of what Beano says. For example: The CHOKE folks worked withing the system with the County Health Department to prohibit the opening of a new coke plant in Hazelwood. The Health Department uses consultants who are engineers who get paid by the polluters. Its the corporations that spend to keep their operations alive. Beano Cook is one of the polluters in sports today. His opinion has an inverse effect on what is right. He is biased won't say anything otherwise to go counter to the "done-deal mentality."

Same to with the PG. Thanks for helping in the arguements to keep Pitt Stadium.

Case in point: I've talked to a number of journalists and reporters in Pittsburgh in the past months. More and a couple have told me that they think that the closing of Pitt Stadium is a terrible idea. They are dead-set against it. However, they don't want to loose their jobs. They don't want to loose press-passes once the new stadium opens. They do not want to buck up against these vindictive leaders who are on the other side of the arguement.

Sad for them. Sad for us. Sad for my neighbors too.

Gambling is not sports and it greatly hurts sports.

Beano is a Pitt grad. Beano is a friend of Pitt and Pittsburgh. Beano has many releationships that might have some roots due to sports. There is much to build upon there, to make a sports person's opinion ring true, but the tainting is going to take great amounts of drilling to get to the sports person within Beano.
Posted by Mark Rauterkus at 5:06 PM No comments: 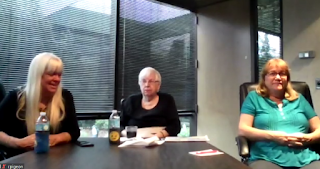 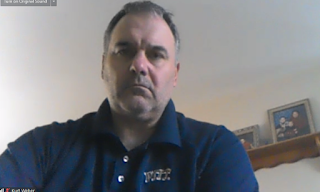 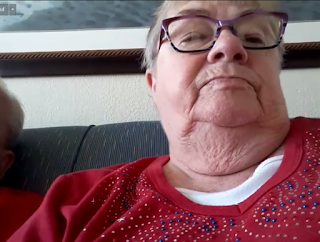 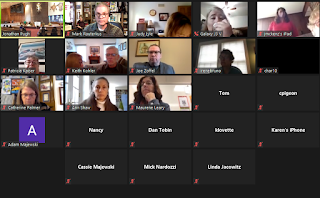 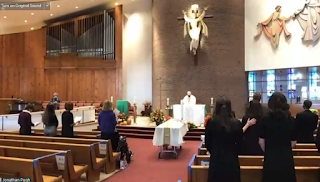 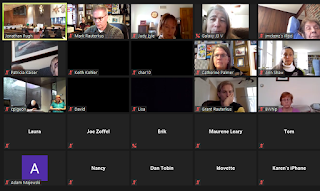 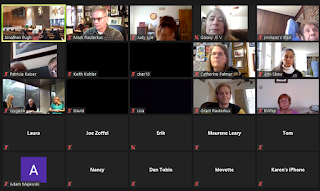 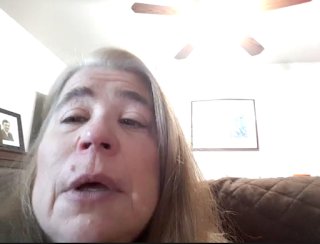 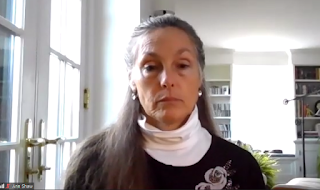 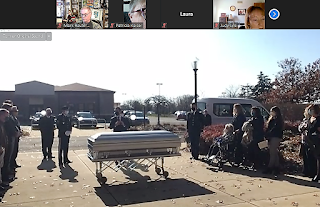 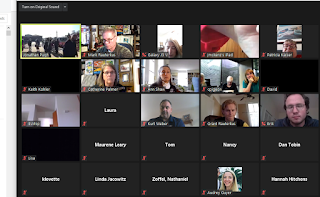 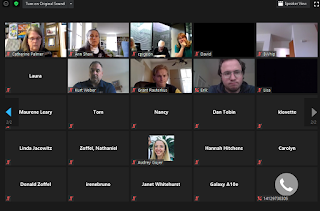 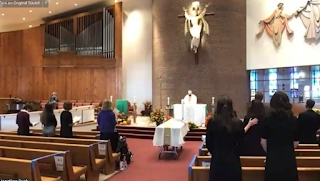 Posted by Mark Rauterkus at 11:00 AM No comments:

Email ThisBlogThis!Share to TwitterShare to FacebookShare to Pinterest
Labels: Rauterkus

Wear your shoes as there is glass everywhere. Message from the leader at The Ellis School!

Good morning students. I want to take a moment to

acknowledge and celebrate a remarkable moment in our

nation’s history - the naming of Kamala Harris this past

weekend as our country’s Vice President-elect.

Regardless of our political affiliations, I hope we can all

pause to recognize the significance of this moment for

women in our country, and especially for women of color.

We are witnessing some firsts that will go down in the

history books, as Kamala Harris is the first woman to be

elected to this office, the first Black person, and the first

election represents is enormous. I want to be sure each of

you feels that same sense of possibility for yourselves - I

hope you hear it from your families, from your teachers,

from your friends and classmates. And I especially want

to be sure you hear it from me. Each of you is a gift to this

school community and to the world. Each of you is going

to make a real difference in your life, each in your own

unique way. Some of those will be highly visible, publicly

Others will be quieter, more locally impactful contributions,

like healing patients in a hospital, or creating exhibits in a

museum, or managing a team in an organization, or

writing for a local newspaper. You don’t need to know yet

how you will make your mark. But I want you to know that

you can, and you should, and that our goal at Ellis is to be

a community where each of you knows and feels that

about yourself and your future, in which we lift each other

up and work together to create only more possibilities for

all girls and women. My favorite social media quote this

weekend referenced the glass ceiling that has been

shattered by Kamala Harris, and goes like this: “For all the

girls coming behind us. Be sure to wear shoes...there's

glass everywhere.” You all are those girls. I want you to

hear me say “Go for it. When it’s your time, I hope you’ll

get out there and shake the world!"

Posted by Mark Rauterkus at 2:48 PM No comments:

Email ThisBlogThis!Share to TwitterShare to FacebookShare to Pinterest
Labels: wellness

Dancing in the streets for Biden now, but what about in 1 or 2 years?

Now that Joe Biden has been declared the victor by the media and people have been euphorically dancing in the streets in eager anticipation of the wonders of a return to normalcy in America, perhaps it is time to take a good look at just what a Biden/Harris administration will actually look like.  It may well be that all of the dancing and celebrating may not be as happily remembered a year or two down the road – only time will tell.  It may be that the new normal Biden is promising to bring to the nation and the world will be much too much like the old normal which gave us Donald Trump to begin with – and that could bring him back in 2024, or even something much worse.

Posted by Mark Rauterkus at 8:59 AM No comments:

Fwd: Grab a friend and see who gets more matches!

Posted by Mark Rauterkus at 10:00 AM No comments:

Fwd: The election is over . . . well almost over

Now that the election is (almost) over it may be a good time to evaluate just what the American public has bought into this time around.  If, as it appears at the moment, Joe Biden prevails and the Republicans hold onto control of the Senate we can probably expect essentially nothing but more corporate and financial profiteering and more wars and interventions around the world for the next four years.  There will be almost no likelihood for any positive legislation benefitting Americans not so fortunate to reside within the lofty confines of the top 1%.  At the same time, due to the pandemic and the utter failure of the powers that be to adequately address the economic and medical consequences we are very likely to see even more deaths and a prolonged economic depression for the majority of the nation – if not the world.  Fortunately, for the corporate and financial elites, the Federal Reserve has already stated that it is prepared to use its full panoply of options to insure that the "economy" does not crash.  This, of course, does not translate into jobs and income for most Americans only protection for financial institutions, Wall Street and mega-corporations.  So be prepared, these will indeed be interesting times ahead – not that they aren't already.

I don't believe that there was ever going to be a beneficial outcome from this election regardless of the outcome, though I do concede that Biden is marginally better than Trump, but this almost guarantees that Biden will be nothing but an ineffectual placeholder and that economic conditions in the next two to four years will almost certainly lead to a Republican sweep of both the House and the Senate in 2022 and the Presidency in 2024.  If the Democrats has simply bothered to put up a candidate and some policies addressing the very real needs of the American people in this election – jobs, healthcare, student debt, climate catastrophe, etc. I believe that they would have won in a landslide.  As it turned out Trump almost won by appealing to people on the economy and, had the pandemic not occurred and had he not botched it so badly, he almost certainly would have won handily.  Identity politics may make people feel good, but its not a winning appeal when people are struggling economically and unable to access healthcare reasonably.

I strongly urge you to read the attached articles.  The first contains two excellent short pieces, the first by Chris Hedges and the second by Jonathan Cook.  The second is a longer piece from Naked Capitalism which is also quite good.

Posted by Mark Rauterkus at 5:27 AM No comments:

A number of people have expressed their concern regarding the former St. Agnes Church that Carlow University is planning to demolish as part of their 5th Avenue development.

Below is one actions to take if you would like:

#1) Petition to Save St. Agnes

Carlow has released their Institutional Master Plan (IMP). The IMP is required by the City of Pittsburgh. Carlow stated that they will be approaching the Planning Commission in November regarding the plan.

We believe that options should be explored for incorporating St. Agnes Center (the former church) into Carlow's plans for their Lower Campus/5th Avenue Development.  There is an adjacent parking lot that will be part of the development and a taller building could go there.  We believe that it is possible to spare the church and use it as a historic and cultural anchor for the new development.

Posted by Mark Rauterkus at 12:35 PM No comments: