If you depend upon U.S. media to let you know what is going on in the world, the chances are near 100% that you are getting neither the full story nor an accurate view of these happenings.  An excellent case in point is the vilification of the Maduro government of Venezuela.  One who does know and who has been to Venezuela many, many times and who has travelled over much of Central and South America as a labor and human rights attorney is Daniel Kovalik.  Today, Dan had an op-ed in the Pittsburgh Post-Gazette which explains some of the rest of the story which is almost always missing in the reports of main stream American journalists.  This is important information which explains why the leaders of the Bolivarian Revolution, Hugo Chavez and Nicolas Maduro is continuously reelected by large majorities of Venezuelans, including in this month's national election.


As some of you may have noticed I have cut back on the number of missives being sent out of late.  It has become quite discouraging to daily watch just how far this nation has fallen into an open pit of political, military and economic slime.  It is all around us all the time and documenting it is an overwhelmingly frustrating task.  Many of the things now happening on a daily basis were simply unimaginable as little as two years ago – and things were desperately bad then.  The problem, as I see it, is that as bad as the Trump brigands are, the Democratic Party establishment brigands are not all that much better.  There is some glimmer of hope with the young, but that remains too nascent to count on right now.  Unfortunately, as Chris Hedges graphically points out in the attached article, things are going downhill at a much faster pace than almost anyone could have anticipated, even in the recent past, both nationally and internationally, and it may already be too late to rise up and stop the worst from happening.  It may well be that we will have to resort to small, tight community groupings for survival in the coming years – assuming Trump and his minions don't blow up the planet in the meantime.  These are terrible times indeed.

Posted by Mark Rauterkus at 11:35 PM No comments:

Email ThisBlogThis!Share to TwitterShare to FacebookShare to Pinterest
Labels: via John H

Posted by Mark Rauterkus at 1:10 PM No comments:

Best of Pittsburgh --- Golly I don't even know any of these

The golden age of blogging in Pittsburgh is only a fleeting memory, no pun intended for The Admiral. Today's list from The City Paper.

Best local Snapchat has only three selections, but I never use Snapchat:
Best local Instagram, again, not my thing, but who are these folks, other than the last name, Rick Sebak.
My favorite nonprofits are not on the list.
The CP list
Local Twitter:
Best activist

I don't drink much at all. Even when with the South Side Pops, I often go without.
Reading this got me to sign in and place my first vote, best public servant. Name might be better called best public employee. Servant, well, sorta.

Bram's blog hasn't been updated since September 9, 2017, (posted from May 20, 2018) and the latest post was a weird video. However, Bram's blog has an open thread and this golden gem appears from Anon.

This entire concept that someone is qualified for city council is moronic. You can’t be “qualified” or not qualified for an elected council position. It just shows how insane our local political guardians are that they get to choose who is qualified and who isn’t for these positions. Further, the 8th district is showing how it is probably the most hypocritical district in the City right now. all the Erika supporters champion that she “will get things done” for them. She will get their “constituent services” (read complaints) addressed faster and better than others because she is on the team of Peduto and knows him better. How cynical and selfish can a voting public get? Her supporters quite literally talk about almost nothing else. They call Sonja “idealistic.” What does that even mean? And when did 8th district all the sudden starting being honest about what they really want? Seems like they really want someone who will get them the most services out of city government above all other districts and they want someone who will get their zoning requests approved (since most developers live in this district) around the city and get them the most power. They could care less about social and idealistic objectives until this election is over and those ideals will need to be dug back up to throw in the face of some other political enemy.


Posted by Mark Rauterkus at 10:28 AM No comments:

Fwd: Join us this Wednesday, May 23rd at Union Project! Learn how you can get involved with the year's Summit Against Racism.

Posted by Mark Rauterkus at 8:50 AM No comments:

Fwd: Every American should be required to watch this . . .

From: John H
The linked episode of The Real News Network discussing the new film Killing Gaza is important.  More important is the film it touts.  Every American should be required to watch this film in order to understand just what it is that we support, pay for and provide the weapons for in the Middle East as directed and controlled by the Zionist monsters who run the Israeli government.  The actions of this government are the responsibility of all of us who live here and the vile evilness of this nation's actions stain us all with guilt!

Posted by Mark Rauterkus at 6:49 AM No comments:

Fwd: Become an open water swimming coach: from Outdoor Swimmer on behalf of Institute of Swimming

Posted by Mark Rauterkus at 9:03 AM No comments:

Both Diven and Fontana ads were over the top.
Election day was on May 17. It was a special election. Fontana won. Diven and then me. 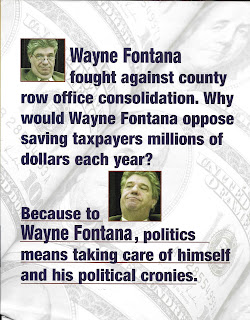 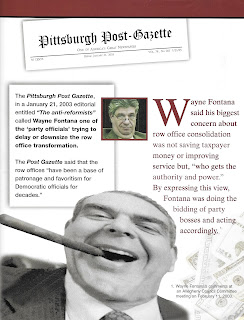 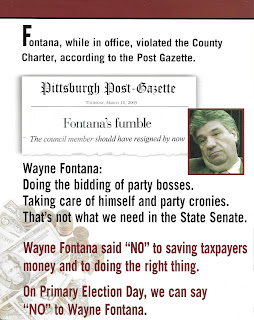 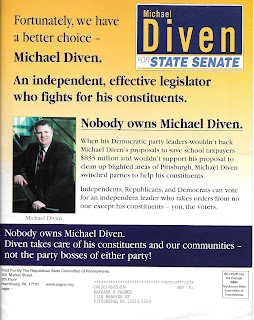 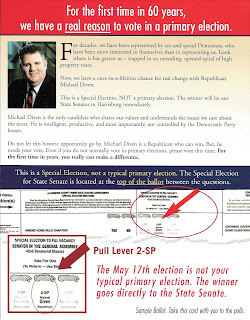 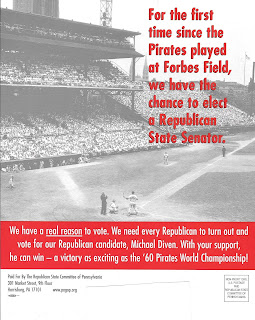 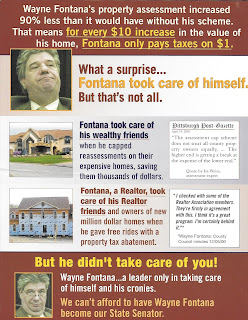 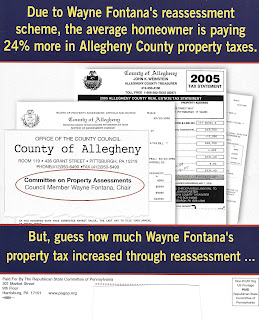 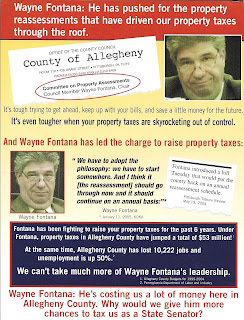 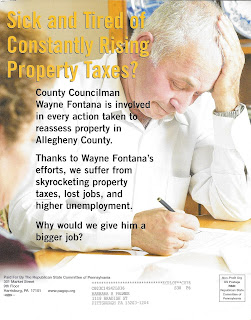 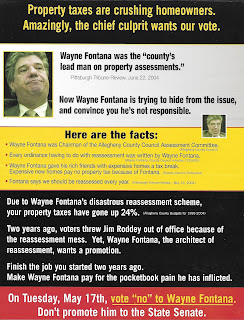 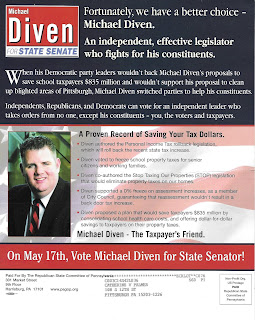 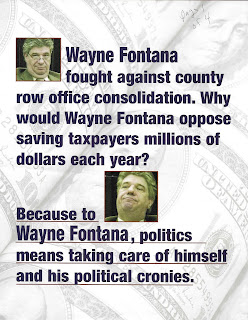 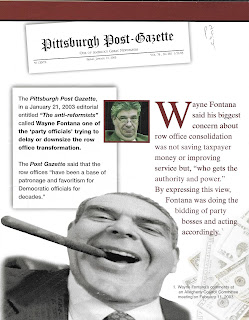 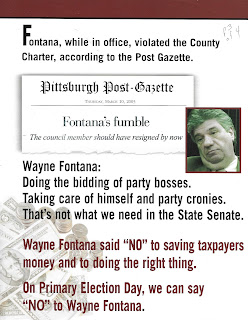 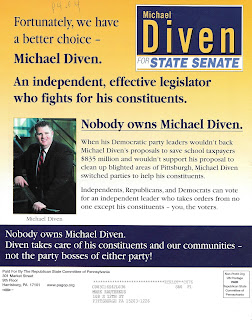 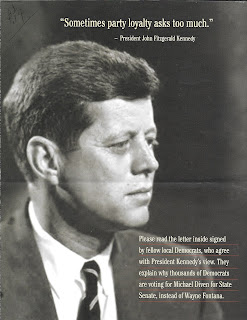 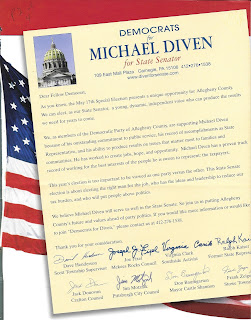 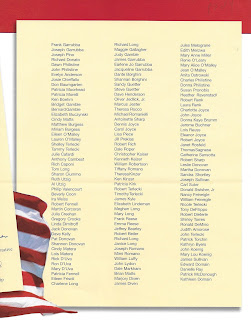 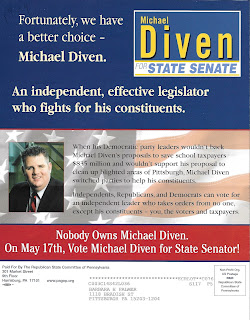 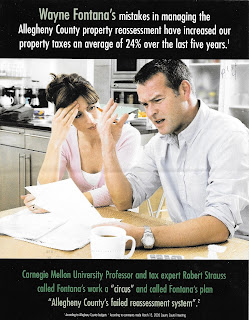 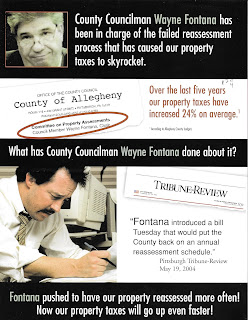 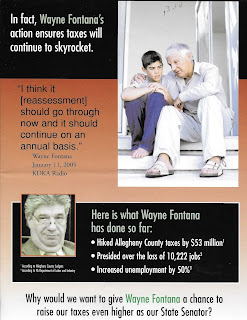 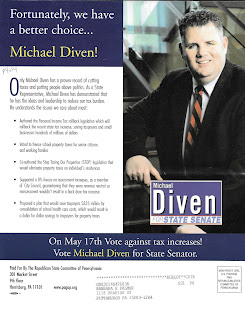 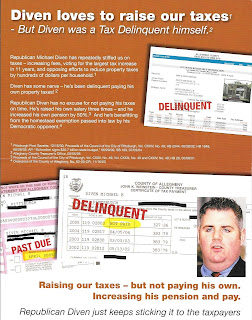 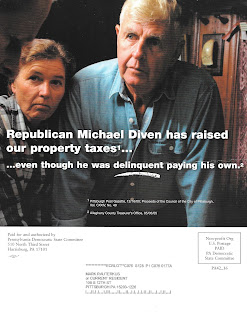 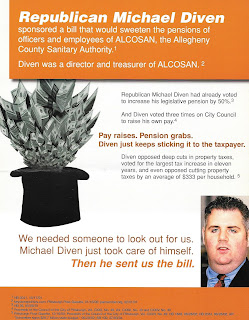 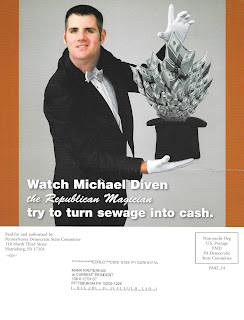 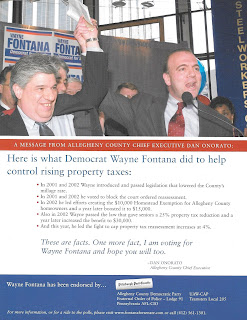 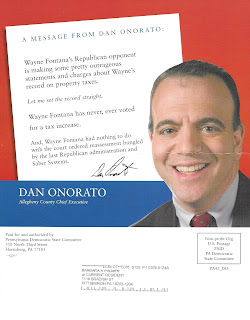 Posted by Mark Rauterkus at 3:52 PM No comments: