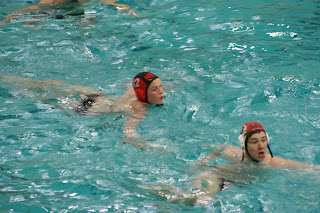 Posted by Mark Rauterkus at 4:13 PM No comments:

First was a research poster he was first author with based on sound quality measurements with musicians hearing protection of fellow classmates in the school's steel drum band to the American Academy of Audiology annual conference, branded Audiology NOW! (http://www.AudiologyNOW.org) in the Orange County Convention Center is Orlando, Florida. The scientific and professional meeting is the largest event for that profession with more than 7,000 registered, including a 2014 NFL Super Bowl player, Derrick Coleman, of the Seattle Seahawks, and spokesperson and user Duracell hearing aid batteries.

Second, Grant traveled to the Dallas area to be a starter for the A team for the Northeast Zone (includes Pa to Md, to Maine) team as part of USA Water Polo's Olympic Development Program, East/West Boys Regional Championships playing for the Red Squad, grades 9 and 10. His team won 2 matches on Saturday beating the Mountain (includes Colorado) and Pacific Northwest (includes Seattle) squads by greater than 10 goals in each game. A two goal loss came in Sunday's first game to the Southwest (includes Texas) team. The final game was a win, 16-8, over Southeast (includes Florida). Grant scored on a play from the 2 post on a man up opportunity.

Third, Throughout the water polo tournament the USA National Team Coaches evaluate all the players and make invitations to a "USA Water Polo Selection Camp" to be held in May in California. Results of those tryouts make players that are put onto the various Junior USA squads for future international tournaments. This invite to the selection camp, the first ever earned by Grant, puts him in the final stages for opportunities to join USA squads for his age group. This pathway eventually leads to the picking of USA Olympic Games Team and helps tremendously in becoming a blue-chip recruit for college water polo teams and scholarships.

Background: Many other players and coaches from the greater Pittsburgh area participated this weekend with the boys and last weekend in Salt Lake City with the girls event. Tiger Water Polo's squad had players in all age groups and helped the Notheast Zone win its third consecutive championship game in the oldest age group of 11th and 12th grade players.

Other sources are available for follow up, after contacting me including:

Mr Starsenic, Tiger Club President and Northeast Zone coach for 7th and 8th grade players. His son Max, 11th grade, was 2013 PA water Polo player of the year for State Champions, North Allegheny High School. They are going to the west coast to visit UCLA, USC and other possible colleges for Max in 2 years.

Grant's father, me, Mark Rauterkus, is also Grant's varsity swimming and golf coach. On Saturday morning, I was in the Bayor Medical Center in Grapevine, Texas with surgery to remove my appendix, so I have no photos to send at this point.

Coach Greg Kinzler of the Plum area who was an assistant coach with the Northeast Zone goalies. Is son, Greg Jr, played too and is now in 11th grade.

Rick Swartz, CEO of the Bloomfield-Garfield Corporation, sponsor of the Summer Dreamers Swim and Water Polo Camps that will operate with nearly 200 PPS students at Langley, Carmalt and Faison schools.

Grant and some of his PPS and club mates has been coaches with PPS Summer a Dreamers Swim & Water Polo Camps.

Grant travels on Monday back to Pittsburgh and should be at school on Tuesday.

In the weeks to come 4 USA Water Polo Olympians will lead a clinic at University of Pittsburgh. A squad from Greenwich, Ct, will be in Pittsburgh to give some games to the Pittsburgh players the day before the weekend clinic.

Thanks for your interest. Feel free to follow up. I will do my best to assist.

Posted by Mark Rauterkus at 9:26 PM No comments:

BRENDA VILLA
We also have 4-time Olympian, team captain, gold medalist from London 2012 Brenda Villa coming to NASH on Sunday. For everyone that is not sure how important Brenda Villa is, I will just say that we have done a training exercise named after her. The aquatics complex at her hometown is named after her and she is only 34 years old. She is Michael Jordan and Magic Johnson combined of women's water polo. She is a living legend. I promise that the 2 hours spent with her on Sunday morning will be a memory for life. Again, its Sunday 9:30am-12:00 pm and its $30 per player. Please bring cash or check named to Tiger Water Polo. Mrs Rubio will help us collect the fees.

Posted by Mark Rauterkus at 7:42 AM No comments:

Posted by Mark Rauterkus at 11:16 PM No comments:

Fwd: Sanctions? How About Sanctions Against the United States?

Posted by Mark Rauterkus at 10:48 AM No comments:

Recruiting insights for college sports scholarships shared at an open event next Thursday. 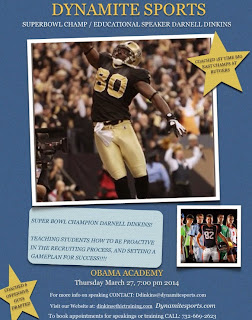 ... Clicl image for larger view.
Posted by Mark Rauterkus at 10:19 AM No comments: 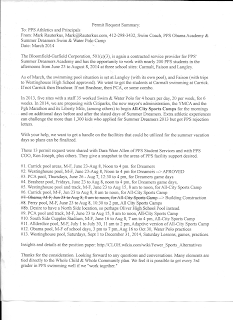 Posted by Mark Rauterkus at 1:27 PM No comments:

The snow is receding, the days are longer and the Masters Tournament heralds the start of the 2014 golf season.  To celebrate The First Tee of Pittsburgh will offer expanded programs in new locations to serve our participants and their families.  Please see the new menu below to select the location that is most convenient for you.  (And please tell your family and friends!)

The Bob – Clinics at our home base, The Bob O’Connor Golf Course in Schenley Park, will begin on April 5 and Spring League begins on April 3 For more information and registration for The Bob please click here l

7 Springs – We will continue our program in Elizabeth, PA at 7 Springs Golf Course on April 9.   For more information and registration for 7 Springs please click here l

Posted by Mark Rauterkus at 5:23 PM No comments:

NAGW is seeking presenters who are willing to share knowledge and
ideas and present on new technologies and trends.

The deadline for submitting proposals is Tuesday, March 18, 2014.

The focus of the NAGW National Conference is to bring together local
government webmasters who share similar goals and issues. The
conference is open to any web professional looking to enhance their
skills. We welcome speakers from both the public and private sector.

How long are presentations?

Pre-conference (hands-on) workshops, held on September 9, will be four
(4) hours long with both morning and afternoon slots available.
Regular conference and Friday Focus sessions are 75 minutes which
includes a 15-minute question-and-answer period.

What topics are you looking for in 2014?

Based on attendee evaluations and other industry data, we have decided
to focus on a few core topics. While your proposed session can fall
outside these core topics for 2014, priority will be given to those
that fall within the following topic areas:

This year's Friday Focus will be content strategy. Friday's schedule
is a single track of sessions, so we are particularly interesting in
compelling presentations on various aspects of content strategy that
will appeal to the wide variety of attendees at our conference.

What do you get in return?

The majority of our speakers register to attend our conference, and we
provide a discount on the registration cost as compensation for
speaking.

Replies go to members of Newswire - Steven Clift's Democracies Online Newswire with all posts on this topic here:
http://groups.dowire.org/r/topic/37RaaNLv0adHT8Q2xt5juf

For digest version or to leave Newswire - Steven Clift's Democracies Online Newswire,
email newswire@groups.dowire.org
with "digest on" or "unsubscribe" in the *subject*.

Posted by Mark Rauterkus at 2:50 PM No comments:

Fwd: The Eagle and Battle of the Books

Posted by Mark Rauterkus at 6:31 AM No comments:

Fwd: You Owe It to Yourself to Learn How to Win

Posted by Mark Rauterkus at 7:47 PM No comments:

Posted by Mark Rauterkus at 5:33 AM No comments: 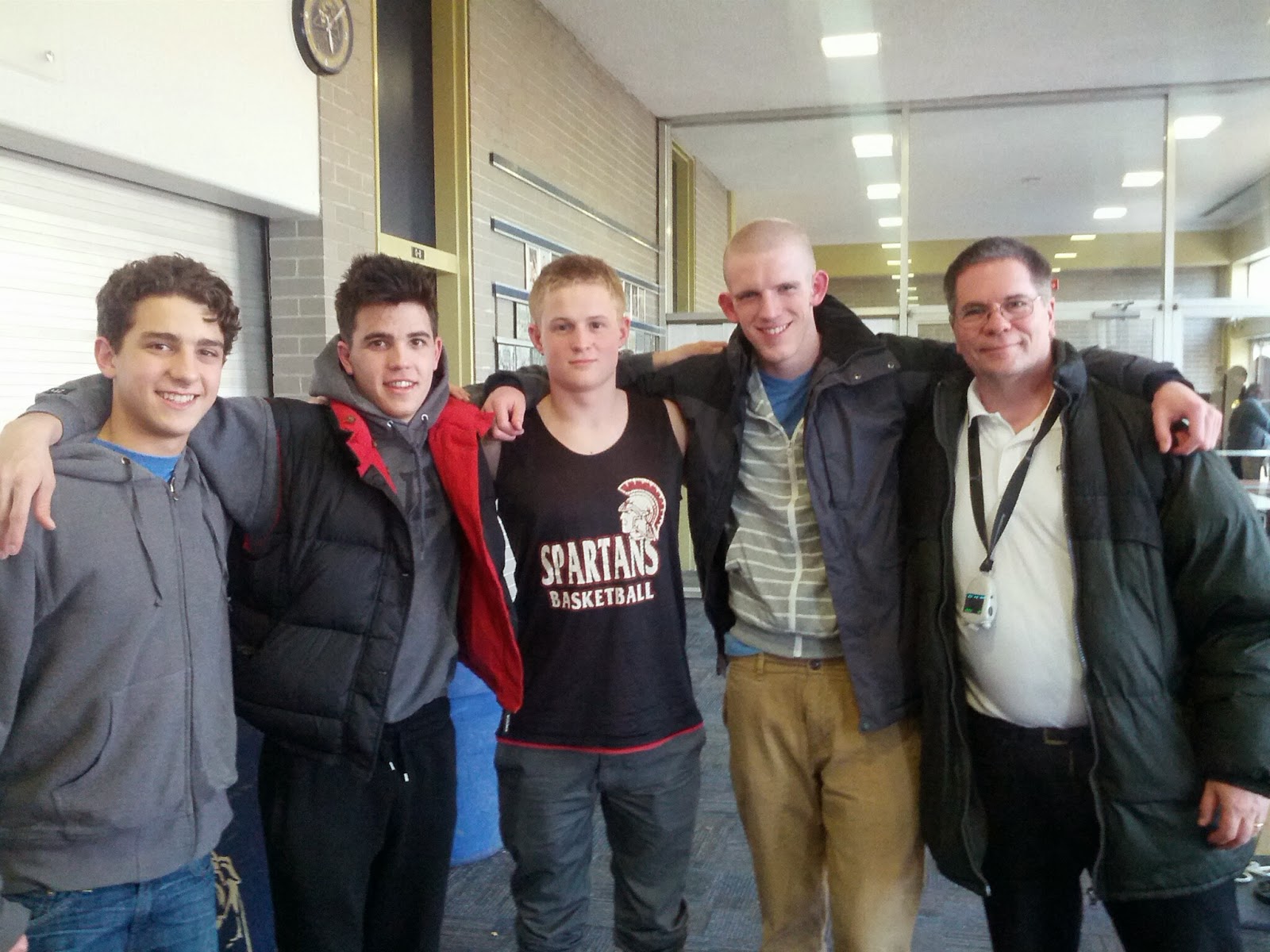 
Last Thursday and Friday, Yoka Rooney competed in the PIAA state qualifying meet for swimming, qualifying in both the 50 free and the 100 breast.


This year he set two school records in individual races, and was in a relay that set another. He beat the previous best time for a 50 free with a 22.49. Also, he beat his own school record in the 100 breast with a 1:02.


“I feel really good,” he says. “I was surprised, actually. I feel really happy that I’ll get to go at least once in my high school career. And I’m really excited to see the competition that I get to meet at states.”

Yoka’s coach, Mr. Rauterkus, was proud of him, too. “Yoka has always been a valuable team contributor,” says Coach Rauterkus, “but this year, with the extra year of maturity, we got to see what I call, ‘senior speed.’ He is fast, strong and a gifted athlete. Besides swimming he was a starting defensive player on the soccer team, a lifeguard and ran the Great Race.”

Describing his experience, Yoka says that “The first one, I knew I was going to destroy because the other swimmers in my heat had lower qualifying times than I did. So I just went all out and didn’t breathe the whole time. That was a 50 free. On the 100 breast, I was aiming for 1:03. I beat that, beating my best time by almost two seconds. I was really happy to place.”

Yoka competed in four events, getting ninth place in all four of them. He was somewhat disappointed not to get any medals, which are awarded to the top eight swimmers in each event, so goal is to get a medal at States.

Yoka says that he has not decided yet whether or not he’ll swim in college. Coach Rauterkus says that “Yoka went fast enough at the WPIAL meet to be strongly considered for college swim scholarships. College coaches are approaching me wanting Yoka to visit their schools.” Yoka sees swimming scholarships as a big draw. But he is also a talented and successful soccer player, so he’s trying to leave his options open at this point.


Looking back on his high school career, Yoka has positive memories of the swim team. Last year he was a part of two relays that set all-time PPS records, going faster than the old city league records and faster than any Pittsburgh team in any championship relays in any year ever. “It was a really fun team,” he says. ‘It wasn’t super competitive at first, but in the past two years it has become more competitive, and I really enjoyed that. It’s also just a really healthy sport to be able to do, and it teaches you important leadership skills. I definitely feel like I benefitted from these past four years.”

The PIAA state competition will take place on Friday, March 14 and Saturday, March 15. Best of wishes to Yoka.


-- Given his performances, I think Yoka is the best athlete in the school.

-- Yoka beat Tait Williams time in the 50 free from STATES a few years ago when Obama was in the City League.

-- Our boys 200 medley relay, 1:47.49, school record, had Yoka doing the Breastroke. It had three seniors and a sophomore: Ben Friedman, back; Yoka, breast; Grant Rauterkus, fly; and Tommy Brewton, free. We will miss those three gentlemen for next year's team.

-- Going to the state meet in two events is a huge accomplishment especially with the huge struggles we must navigate with aquatics in the school, with his other sports, activities and jobs. Yoka's appearance at Bucknell University's pool marks the fifth consecutive appearance of an Obama or Schenley swimmer at the PIAA Championships. 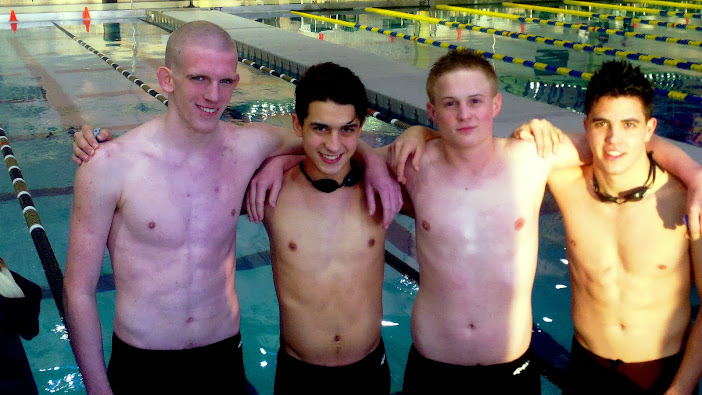 Posted by Mark Rauterkus at 8:48 AM No comments: