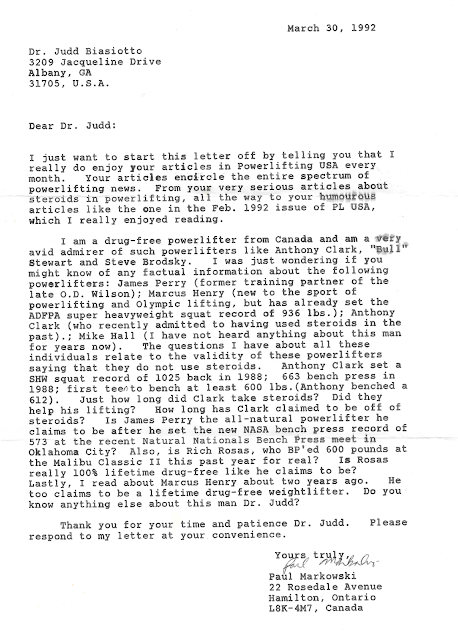 Posted by Mark Rauterkus at 11:27 AM No comments:

Letter to the OSU Swim Coach

We just got home from the Penna. State High School Meet in State College and a good time was had by all.

Jim beat Derek Williams from North Penn in the IM, both swimmers went faster than the existing state record. But D. Williams has already signed with Minnesota. Williams swam fast relays, including a 20.+ in lead-off in the 200 free relay, setting a new state record for the 50.

As of now, Jim is thinking about Tenn, IU, NC State?, Virginia, and OSU. You have got to get on the inside track with him soon.

I look forward to hearing getting the time to complete our book this spring.

Posted by Mark Rauterkus at 1:29 PM No comments:

Our Plum 400-free Relay at States 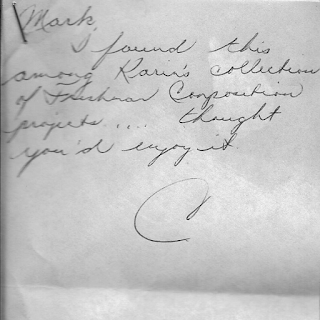 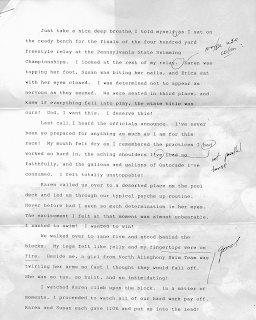 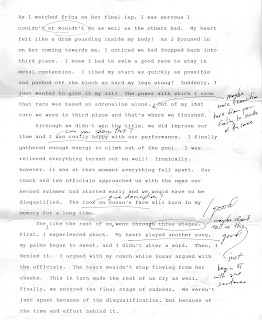 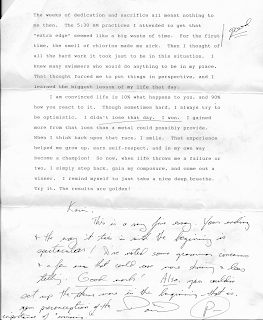 Posted by Mark Rauterkus at 1:49 PM No comments:

The brand new book, Volleyball Notes, is hot off the press. However, as of today, this new book is so new, that the ink is still drying and the books could not be shipped in time to make it to the clinic this weekend.

The clinic director has a copy of the book's cover, and you will be getting your own copy of this book in the mail within the next week or two.

The book features new materials from Coach Doug Beal on underhand and overhand passing, from Bill Neville on tournaments, and a host of other chapters on volleyball coaching.

We hope you enjoy the clinic and your copy of the book upon its arrival. Sorry for the delay, and I wish we could have put these books into your hands today.
Posted by Mark Rauterkus at 11:17 AM No comments: 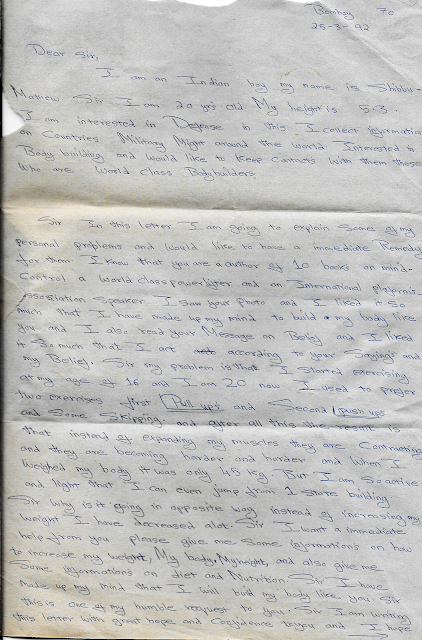 Back side of light, frail, green colored paper: 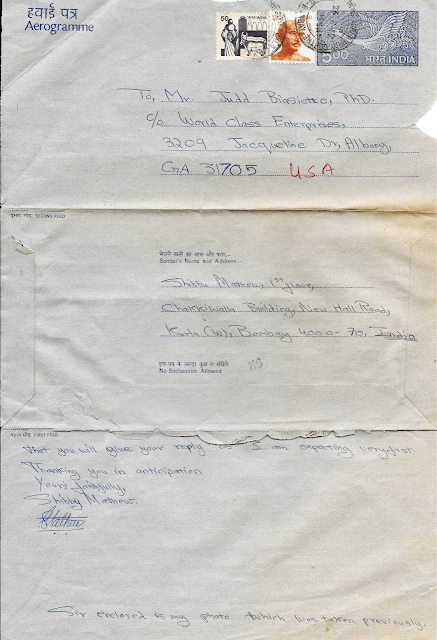 Posted by Mark Rauterkus at 11:40 AM No comments:

The Girls team finished the WPIAL Championship meet in second place with 144 points, only 2 points ahead of Mt. Lebanon, and behind defending state champions, North Allegheny.

At the one-day, WPIAL meet, the Plum swimmers set nine school records. Nearly 20 new school records were set throughout the dual meet season, as the girls team defended its Section title going undefeated, while the boys posted a 7-7 record.

Posted by Mark Rauterkus at 12:56 PM No comments:

Here are some suggestions that I’ve been considering. We all know that there are many different ways to promote fast swimming. This list of ideas is my way of sharing some thoughts with you, and I do not intend to push for any one or all of these ideas at this time. Let’s just talk about them.

1. There are too many meets and these meets take away from the more valuable training time.

2. The Home and Away competition in meets could work if there were only four teams per section.

Let’s double the number of sections in the WPIAL keeping the good local rivalries alive.

Swim Section meets on Mondays, as scheduled by the WPIAL office, and make Thursdays the day for schools to schedule meets as they so desire.

Schedule boys meets on Mondays and girls meets on Thursday, giving the other sex an opportunity to train instead of going to the meet.

As justification to allow more competitors, we could push for JV and Varsity heats in big-school sections at single-sex meets.

Big school team should consider swimming against each other on the same day with girls at one school and the boys at another with JV and Varsity heats.

Single-sex Varsity only meets would allow teams to swim together for a 80 minute warm-up/practice followed by the meet.

3. We need more championship meets. Let’s not be forced to swim all of the late-season, dual meet schedule, and instead let’s hold bigger, multi-team, seeded meets. I suggest:

4. Coaches and officials need to be responsive to more experimentation within the meet program.

At certain meets, let’s re-design the meet program and scratch some events in favor of different event and let’s use multiple heats.

• Freestyle only meets with multiple heats per event

(no Medley, IM, or stroke races)

• Stroke only meets with multiple heats per event

5. In swimming, it is wrong to ask swimmers to make a State Qualifying time and place in the top 7 finishers. This is not the Olympic Trials. This is not a season ending meet. Make a time standard and stick to it. We are forcing kids to swim against each other and coaches to out-think each other, when we all should be racing against the clock.

Example: One team may want to train 4 or 6 swimmers for the same event in one season. That team would be punished in the WPIALs as they would knock each other out of going to states. But, they may all be able to do the time!

Example: One swimmer wants to make finals at states and avoid the shave and taper for the WPIAL meet. A WPIAL swimmer can not simply achieve the time standard at WPIALs and go for a better performance at States. A coach can be certain that a swimmer is going to hit a certain time, but no coach can guarantee an athlete as to what his or her final place will be and if a trip to states and shaving and tapering is possible. Hence, all the WPIAL swimmers have to either rest and shave to make states or worry about the final WPIAL place. From what I’ve been told, the WPIAL swimmers who could be getting seconds swims at states, don’t make many improvements at the PIAA meet.

We must push for this at the state level and use all of our political clout. I would rather take less kids to states and have a firm time standard to make it to states. This is the biggest problem in WPIAL swimming today.

6. For state championships, Illinois has tremendous success holding all the events of prelims on Friday and then all of the Finals on the second day. This allows swimmers to double in events more reasonably.

I’m not sure how a 2-sex meet on one weekend would work. Holding all the Prelims for both boys and girls on the same day might make an impossible day.

I look forward to hearing from you soon.

Posted by Mark Rauterkus at 1:12 PM No comments: