The Progressive Technology Project is pleased to announce its Spring 2001 grants pool. PTP plans on making 15-20 grants of up to $10,000. These grants are to be used to help grassroots groups strengthen their social change efforts through the use of technology.
Please note the process will be highly competitive. PTP is likely to receive between 300-400 proposals for this round. PTP's funding is targeted to grassroots groups working to address the systemic causes of poverty and injustice. See the RFP for more information regarding organizational fit.

Posted by Mark Rauterkus at 1:47 PM No comments:

Presentation at the JCC

The JCC (Jewish Community Center) activities room held a meeting at 11 am on Sunday March 11, 2001. Former mayor, Sophie Masloff, was in attendance.

I'm a coach. I've been a swim coach most of my life. I think like a coach. I'm going to approach this campaign much like my style in coaching. I'm the team builder on the ballot. Perhaps I'm one of the best team builders throughout the entire community. I think Pittsburgh needs a team builder at this time.

As a coach, all the practices begin with a drill, and exercise called the Perfect 50. This is one of the first activities taught to the team and it is repeated daily.

I'm going to be the one who asks us all to soar. I want Pittsburgh to be the best. Our potential is not being realized.

Another important point I deliver to the teams that I coach is contained in the concept: Ninty-nine percent correct is 100-percent wrong.

The easy way to illustrate is to get onto an airplane in Pittsburgh and hear the pilot tell the passengers that this flight to Chicago is going to go 99-percent of the way. The plane trip would end in a fire-ball outside of Joliet and it would be 100% wrong.

Certain elements in life need to be 100% correct. Government offers some of those instances.

To have some of the people included is not right. We all need to be included.

Line up of Speakers

I'm happy to see that both of the Republican candidates, 100% of the line-up, is present today. I'm disheartened to see that only two of the Democrats are here. None are in the room now. Five are on the ballot. All of the candidates need to be a part of the process.

The success of democracy depends upon the reactions of the people to the opportunities presented. The success is important to understand. We want to succeed.

The process matters. How we do things is important. I'm going to focus upon these elements for Pittsburgh. We need to have a bottoms-up style of government, not a top-down style that excludes others from the process.

For Pittsburgh to soar again, like an eagle above all the rest and to be in the clouds, we need our wings to stretch out to the right, another wing to the left, and some tail feathers. I'm a liitle more like tailfaithers, perhaps. But, we need all the parts in our political landscape to soar. We are not there now. We've got a one-winged beast.

Pittsburgh's population fell by 10-percent in the past 10 years. We lost some 30,000 people. We lost about as many people in the past decade as for those who voted for Mayor Murphy in winning his last election.

But of serious trouble is to hear how those numbers and our decline is going to turn around in 2010. That makes no sense to me. Pittsburgh has many seniors. Lots of these seniors are not going to be around in the year 2010 and these seniors are not having babies at a rate that they can replace themselves. Pittsburgh is not going to turn its numbers around in another ten years with the pathway we've been traveling. Theirs is a false hope that makes no sense.

Pittsburgh is on the brink. We have dire times ahead. We are with huge debts. We are losing our people. Our citizens vote with their feet. We have confusions in the tax structure.

One way to get everyone involved is with the internet. We can get on-line. We can get sustainable discussions. We can reply with email.

In a recent WTAE TV poll held on the internet, I was the top vote getter. But, the day I took the lead in the poll, the poll was taken off the web site. Those are other matters, but it is important to note that my reach with the internet is going to have extensive powers. We are going to run circles around the others with our use of the net.

The straw-that-broke the camels back for me and got me to run in the Mayor's race brings in one more swim coaching story. I've been a coach for six years at the NCAA Division I level. I've coached in six states, published books on the sport, traveled and worked at many Olympic Training Centers. I know a great deal about swimming and coaching, at all levels.

My little neighborhood swim pool is on the South Side, right near the foot of the Birmingham Bridge behind the library. There is a Citiparks swim team there.

Two weeks before the summer swim season I wrote a letter to the pool manager, Andre, asking to be a volunteer swim coach. My son, age 6, could swim accross the pool. I'm a stay-at-home dad. I could be at practices every day from 12 to 12:45. I wanted to contribute and help with my talents.

I was forbidden from coaching. I was told, "The pool is Andre's pool. He can do what he wants."

I said, "No, I don't think so. That is our pool. The taxpayers own that pool. Andre works for us."

This went on all the way up through channels, to Mike to Dwane. This ends one level below the Mayor's office. That is an attitude that is not very close to even 80-percent correct. I am sure that it is 100% wrong to have the big hand of governement coming between my and my son.

Posted by Mark Rauterkus at 10:10 AM No comments:

Secretary of Administration, Martin Horn, and Deputy Secretary for Information Technology, Charles Gerhards, will be testifying regarding the Governor's technology initiatives and accomplishments. This will include, but is not limited to, the Justice Network and Public Safety Radio System, the Keystone Communications Project, Commonwealth Connect and the PA PowerPort.

Posted by Mark Rauterkus at 1:45 PM No comments:

Representative Tom Armstrong, Chairman of the House Subcommittee on Information Technology, published Digital Excellence Blueprint for the Commonwealth. The Blueprint is the
result of a year long study on the future of information technology in Pennsylvania. The report was produced with the assistance of Booz-Allen & Hamilton Inc. an international management and technology-consulting firm.
Posted by Mark Rauterkus at 1:43 PM No comments:

Shape History: We are here to make history, not be a slave to it. 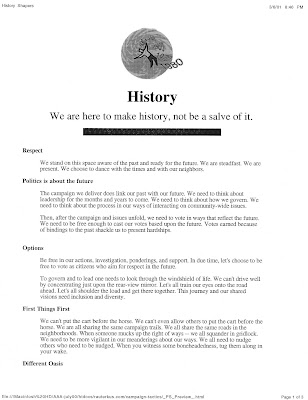 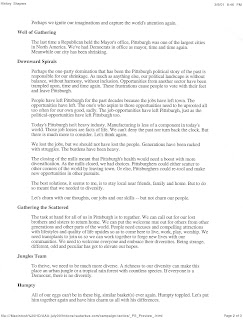 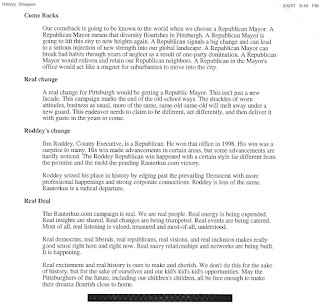 Posted by Mark Rauterkus at 11:23 AM No comments:

The Black Sheep Puppet Festival is seeking artwork that redefines, expands, and explores the boundaries of puppetry.

Submissions are now being accepted for the third annual Black Sheep Puppet Festival, which will run September 14th - 23rd, 2001. The event will be held at the I.A.C. Garage, Brew House, an artist run facility, which is located on the South Side of Pittsburgh Pennsylvania. The festival showcases outrageous acts performing in a wide variety of styles, featuring local,
national, and international artists.

We are seeking proposals in the following areas:
1. Performance ˆ shows geared for adults, children, or all ages.
2. Films ˆ Films or video related to puppetry for The Black Sheep Puppet
Film Festival.
3. Workshops ˆ Workshop proposals in the subjects of puppetry, puppet
making, etc. for children and adults.
4. Gallery Exhibition ˆ Artwork relating to puppetry for exhibition.

Posted by Mark Rauterkus at 1:51 PM No comments:

This was on the Rauterkus.com website in the past. 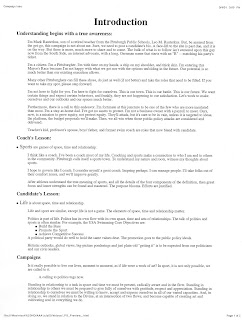 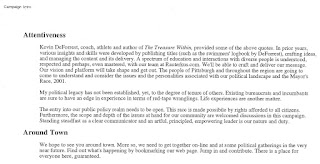 Posted by Mark Rauterkus at 9:39 AM No comments: