Summer Reading for a LONG ROAD to the future 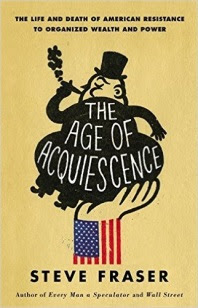 
Many of us, myself included, are searching for some way of changing the destructive neoliberal domination of much of the world.  It is now crystal clear that whomever is elected president in November will continue these neoliberal/ neoconservative policies which have devastated so much of the Middle East and Southeast Asia and wreaked havoc on non-elites in the U.S. and Europe.

This will mean that playing the game as structured by the dominant political parties in the U.S. will no longer be an option.  Bernie Sanders demonstrated this by cravenly submitting to endorsing Hillary Clinton on her terms.  It will mean that serious local community organizing will become an essential focus of any alternative strategy.  If change is to come it will come from the bottom up and not from assaulting the powers-that-be directly on their turf.  It will be a radical alternative to what is.

This is and will not be a simple quick fix for the multitude of systemic issues we face.  It will require serious, hard-fought, slogging victories at local, state and regional level in order to succeed.  Fortunately there is a model which can be followed, that of the religious right and the Tea Party operatives.  It will take dedication and commitment on the part of all involved – and it will take time.  But I can see no other alternative.

To succeed we need to work to elect committed folks to the "basement" offices at the local and state levels of government and, where possible, national representatives.  Because of the difficulty of establishing working third-parties in this nation some of it may have to take place within the dominant political party structure.  The key, however, is to find and elect people who will not sellout when elected – and, if they do, immediate defeat them at the next opportunity.

I believe that anyone seriously considering such an effort should first be well-grounded in the history and development of the current neoliberal/neoconservative worldview.  I have just finished an excellent, informative and, in my opinion, essential book in coming to grips not only with the ideological precepts involved; but also the methodology utilized in converting large swaths of the American public into blind supporters of this ideological trap.  The book is The Age of Acquiescence:  The Life and Death of American Resistance to Organized Wealth and Power.  Steve Fraser traces these developments from the end of the Civil War until the present.    Whether you are familiar with this history or not this is an exceptionally revealing historical and current analysis of where we are and how we got here.  It is the best source I have yet encountered explaining the existing divisions within our society and the reasons behind them.  Following is some information about and a couple of reviews of the book:

A groundbreaking investigation of how and why, from the 18th century to the present day, American resistance to our ruling elites has vanished.

From the American Revolution through the Civil Rights movement, Americans have long mobilized against political, social, and economic privilege. Hierarchies based on inheritance, wealth, and political preferment were treated as obnoxious and a threat to democracy. Mass movements envisioned a new world supplanting dog-eat-dog capitalism. But over the last half-century that political will and cultural imagination have vanished. Why?

THE AGE OF ACQUIESCENCE seeks to solve that mystery. Steve Fraser's account of national transformation brilliantly examines the rise of American capitalism, the visionary attempts to protect the democratic commonwealth, and the great surrender to today's delusional fables of freedom and the politics of fear. Effervescent and razor-sharp, THE AGE OF ACQUIESCENCE will be one of the most provocative and talked-about books of the year.

"Steve Fraser is that rare writer who combines a deep knowledge of history with a penetrating analysis of our current political and social condition. Here, in the lively prose that marks all his writing, he probes the similarities and differences between America's two gilded ages – the late nineteenth-century and today – offering provocative observations about why the first produced massive popular resistance and the second resigned acquiescence."―Eric Foner, the Pulitzer Prize winning author of The Fiery Trial: Abraham Lincoln and American Slavery

"Over the last few years, there's been a wealth of books describing our new Gilded Age and bemoaning the extreme economic inequality that now defines modern America. Steve Fraser's fascinating The Age of Acquiescence is indispensable because it explains how that happened, how America's long standing opposition to concentrated wealth was defeated. Steve Fraser, in other words, is Thomas Piketty with politics, providing a crucial guide in helping the ninety-nine percent understand the terms of their defeat and, more importantly, how it can once again go on the offensive."―Greg Grandin, author of The Empire of Necessity: Slavery, Freedom, and Deception in the New World and Fordlandia: The Rise and Fall of Henry Ford's Forgotten Jungle City

"A splendid and illuminating book. Fraser's writing is clear-headed and free of cant. I know of no better an accounting for the division of America over the last forty years into a minority of the terrified rich and a majority of the humiliated poor."―Lewis Lapham, editor of Lapham's Quarterly and author of Pretensions to Empire: Notes on the Criminal Folly of the Bush Administration

"Steve Fraser has given us a sweeping account of the economic and cultural changes in American society that combined to create an earlier era of working class struggle and hope, and then in our present moment have generated quiescence and despair.  Read this book for its synoptic account of the ways that cultural manipulation have accompanied intensifying economic exploitation.  But read it also to snatch glimmers of a better future from the past."―Frances Fox Piven, author of Challenging Authority: How Ordinary People Change America

Steve Fraser is the author of Every Man a Speculator, Wall Street, and Labor Will Rule, which won the Philip Taft Award for the best book in labor history.  He also is the co-editor of The Rise and Fall of the New Deal Order.  His work has appeared in the Los Angeles Times, the New York Times, The Nation, The American Prospect, Raritan, and the London Review of Books.  He has written for the online site Tomdispatch.com, and his work has appeared on the Huffington Post, Salon, Truthout, and Alternet, among others.  He lives in New York City.

Posted by Mark Rauterkus at 11:48 AM No comments:

Posted by Mark Rauterkus at 4:35 PM No comments:

The ballot access struggles have become something that is able to be managed in Pennsylvania.

I had first hand experiences with the crazy requirements that have been part of the landscape in PA. Let's hope for sanity in the future.

A federal judge has made it easier for third-party candidates to appear on the state ballot this November, possibly adding a new variable into an already dizzying presidential election.

On Thursday, U.S. District Judge Lawrence F. Stengel of the Eastern District of Pennsylvania issued an order asserting that presidential candidates in three minor parties — the Libertarian Party, the Green Party, and the Constitution Party — will need only 5,000 voters to sign their nominating petitions. That's roughly a quarter of the 21,775 signatures they would have needed under the old rules.

The order "restores voter choice to Pennsylvania elections, which has been absent other than the major parties," said Oliver Hall, an attorney who represented the minor parties. "Now people can decide if they want to vote for someone else entirely, and that's how our elections should work."

Major-party candidates need only 2,000 signatures to get on the primary ballot — where a win ensures a space in November. But previously, minor-party statewide candidates were obliged to meet a threshold equal to 2 percent of the previous statewide vote-count. In past years, that has required candidates to obtain up to 67,000 signatures.

Mr. Hall said that even under the old rules, it was “close to a certainty” that the third-party contenders would have won spots on the 2016 ballot. But Thursday’s ruling also makes it harder to remove them.

Previously, if the legitimacy of a candidate’s signatures was successfully challenged in court, the winner could recoup the legal costs of doing so. In 2004, for example, Green Party presidential candidate Ralph Nader was billed over $80,000 -- a crippling sum for smaller political parties.

Judge Stengel's ruling restricts the ability to assess such costs. That was "absolutely a load off our minds," said Shawn Patrick House, who chairs the state Libertarian Party.

Signature requirements for other races are also lower. Candidates for auditor general, treasurer, and attorney general — all of which are on this year’s ballot — must procure 2,500 signatures. Senate candidates must also produce 5,000 signatures. But the ruling may have the greatest impact on the race for president.

Pennsylvania is a potentially key battleground, and polling shows many voters discontented with both Democrat Hillary Clinton and Republican Donald Trump.

A recent Quinnipiac University poll showed Ms. Clinton leading Mr. Trump by 39 percent to 36 percent, with Libertarian Party nominee Gary Johnson garnering 9 percent and the Green Party’s Jill Stein with 4 percent. Mr. Borick said that while Ms. Stein would likely appeal to “disenchanted progressives” who might otherwise back Ms. Clinton, Mr. Johnson’s impact was harder to gauge: “Nationally, it seems like he draws marginally from both candidates.”

The legal dispute over the requirements dates back years. In 2015, Judge Stengel ruled that the high signature requirements, combined with the threat of financial penalties, meant "the ability of the minor parties to ... voice their views has been decimated.” Gov. Tom Wolf's administration appealed, saying it had no power to change election rules set by the courts and the legislature.

Judge Stengel’s order bridged that impasse, and in fact incorporated the administration’s own proposed signature requirements. “Governor Wolf ... wants to ensure greater ballot access for minor parties,” said Mr. Wolf’s office in a statement, “and he is pleased with Judge Stengel’s ruling.”

The state Republican Party sounded less pleased. "These are decisions that we believe are best left to the General Assembly,” it said in a statement.

In fact, Judge Stengel’s order applies “until ... the Pennsylvania Legislature enacts a permanent measure amending or modifying the process to place [minor parties] on the general election ballot.” A measure to do so, House Bill 342, was passed by the House, amended by the Senate last month, and is pending in the House again. The bill sets out petition requirements consistent with those in Judge Stengel’s order.

But for the time being, as Mr. House put it, "We have more than Coke and Pepsi candidates.”


Posted by Mark Rauterkus at 7:51 PM No comments: