Fwd: Check out this attachment!


I don't have any idea how many of you who receive my e-mail missives actually bother to read them, but in this instance I urge you to read the attachment; or, at least, watch the videos below.  It is a post in support of Bernie Sanders' campaign, but that is not why I think you should read it.  In fact I'm not even convinced that I could support Bernie; which, at the moment, leaves me with no one to support in the next presidential farce.  However, the posting is still worth reading and more importantly it contains links to two videos (found at the end of the post) and an additional link which follows from the second video link (also at the end).

Early this month I sent you an e-mail urging you to check out the Move to Amend organization in its efforts to overturn the Citizens United vs. FEC Supreme Court decision by developing sufficient support to pass a Constitutional amendment to that effect.  After some more investigation I began to question the methodology of the Move to Amend folks (but not their zeal and sincerity) as they were generally uninterested in any effort to communicate or cooperate with conservatives who might also share their goal.  My disagreement with them was tactical and not strategic – but I believe that the tactic of ignoring conservative support will prove to be fatal to this important effort.  I came to the conclusion that Public Citizen, which has the same goal, is better positioned to have impact on this issue; but I don't in any way dismiss the efforts of Move to Amend.

This evening, as a result of one of the videos in the attached posting, I have become aware of another organization the tactics of which I believe are much more likely to result in substantive change in the current political morass.  It is known as Represent.Us (www.Represent.Us)  I find it particularly interesting because its strategy is long-term, grass-roots based and focuses on building up from local action to state and finally to the national level.  As most of us understand, the level of corruption of the current political process at the national level is almost total and is not likely to be altered by a direct assault as the forces of corporate neoliberalism infused and backed by big money interests has gained effective control of all of the levers of political power in this nation.  As the group's Director, Josh Silver, says in the video link (see below and in the post) the ideas and policies enforced by BIG money interests does not represent the interests of the great majority of Americans, including a majority of conservatives.  And Represent.Us wants to galvanize American citizens (we are not just consumers as the neoliberal mantra would have us be) to establish anti-corruption laws first in the cities, then in the states and finally at the federal level.  As he states in the video this can all be accomplished without a constitutional amendment and has already succeeded in Tallahassee, Florida with active campaigns in numerous other cities around the nation.

I strongly urge you, if you do nothing else, to watch the videos and, if it intrigues you, check out Represent.Us to see what you think.  The video of Elizabeth Warren is really interesting.  It's obvious that someone, prior to the commencement of the video really set her off – a rare show of outrage with the status quo that wonderfully refreshing in the languid world of power politics in America.

Posted by Mark Rauterkus at 8:00 AM No comments:

Posted by Mark Rauterkus at 11:15 PM No comments:

Goals. Let's talk about them at my home office on Wednesday 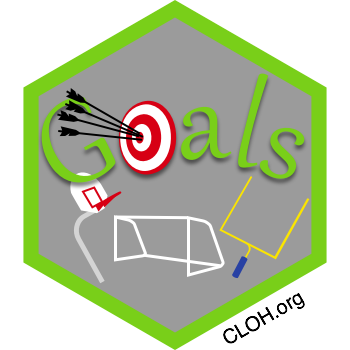 
All are invited for a friends and staff overview and video shoot to cover the pending Digital Badges that focus upon Goals at 10 am on Wednesday, June 3, 2015.

We'll ask her questions and get her insights into why goals are so freaking important to youngsters. She's devoted much of her career to this area of study and how it all ties together in a person's mind, personality, and general being.

We have made six goal specific badges. Steps for each of those will be put under examination and discussion.

Your presence and feedback is welcome.

Athletes and coaches are great goal setting individuals, usually. Sadly, these skills are not universal and there are few tools to lead people along the process, until now.

If you have a camera and video camera and tripod, please charge it, make some room for the data and bring it along. Come casual. You might want to read up on Kay and the GOI. Use Google and hit the wiki pages.


Posted by Mark Rauterkus at 12:50 PM No comments:

Doping to Win by JovaniJory
Posted by Mark Rauterkus at 9:52 AM No comments:

Posted by Mark Rauterkus at 7:25 AM No comments:

Email ThisBlogThis!Share to TwitterShare to FacebookShare to Pinterest
Labels: democracy, freedom, future, Heavy Or Not

We often get a chance to huddle with the Mayor of Memorial Day as there is a little program down the corner at the monument at the corner of the park, corner of the school, and at the VFW. I don't think he showed up this year, but I had this letter to hand off to him.

Hope you have a safe and enjoyable summer. Thanks for coming to the South Side.

See the attached draft poster for insights into our water polo activities for city kids this summer, thanks to the cooperation of Pittsburgh Public Schools with Summer Dreamers and Citiparks. We are holding morning and evening open practices at various pools. Please help to insure pools access for water polo coaching throughout the summer. The kids need coaching and a sustained program that is worthy of their devotion to make a real impact upon their lives.

Efforts with Digital Badges is going to be fantastic. Those not hired in 2015 should get to work with Digital Badges too. Please raise the bar for 2016 by encouraging future applicants a front row in the lottery-selection process if they earn five or more badges this summer.

In August, we'd love to host an All-City Sports Camp that includes a 'water polo festival' with a NCAA game on Saturday, September 5, 2015, (Labor Day Weekend) between W&J and Mercyhurst at Highland Park Pool. My aquatics plan and our city's sports-town legacy can come into focus to benefit wellness, public safety and volunteer efforts like never before. We need quality programs for the youth. With sports and recreation, Pittsburgh can cheer and say, “Come Live Over Here.” But this needs the awareness and support of the mayor, superintendent of schools. This summer we can prototye an exciting youth program that extends Learn & Earn, if you give me some support.

Hello Water Polo Players,
You are invited to the NLQP Water Polo Scramble on August 8th, 2015. The tournament will take place in large spring fed quarry nested in a 250 acre campground.
This is a hat tournament, accepting individual registration as opposed to teams as normal. Teams will be formed randomly the week prior to the tournament, with preferred positions and skill level taken into consideration. Essentially, we'll throw your names in a hat, pull em out randomly, and there's your team. You can pick up to two other friends to baggage with. Just include their names when you register and boom, you have a group of 3. Team sizes and number of games will vary based on participation, so please help spread the word!
There will be a cookout Saturday night after the last game as well as some form of entertainment (Details TBA).
Please view the event website/facebook for more information:
Website: http://www.nlqpscramble.com/p/tournament-details.html
Facebook: https://www.facebook.com/events/418629918320438/
Do not hesitate to contact me with any questions/comments :)
Kacy Pugh
nlqppolo@gmail.com

Posted by Mark Rauterkus at 7:00 AM No comments:

Help with the Digital Badges covering Water Polo Knowledge. You can submit a test question using this form.

Staff members for our Summer Dreamers, past and present, should submit a question or three. 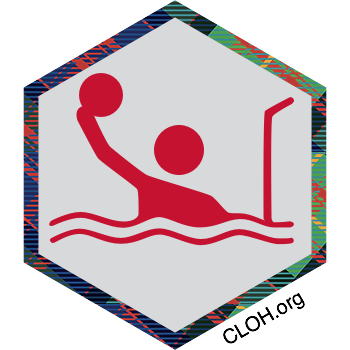 Be sure to scroll down on the right side to see and click on the blue submit button below the digital badge when completed. Then you'll be able to input another question as well.

Tiny link to above form: http://tinyurl.com/okg33j9. Feel free to copy-and-paste that URL and send it to your friends.

Posted by Mark Rauterkus at 10:20 AM No comments:

Posted by Mark Rauterkus at 6:59 PM No comments:

Posted by Mark Rauterkus at 8:05 AM No comments:

Each year we give 30+ emerging leaders an opportunity to join our intensive 10-month AmeriCorps program.
Since 2006, hundreds of amazing, talented, and committed leaders have changed their lives through our program.

Check out a local alumna's experience!

Apply Today!
Applications are now being accepted for our next class beginning in September 2015.
Application Deadline: May 31st, 2015.

Do you know of a young person that is passionate about service, and eager to work in the nonprofit sector? If you do, we are accepting nominations for the 2015-2016 class! Provide contact information on your nominee here:
http://bit.ly/PublicAlliesPghNominations.

Host an Ally!
If you are interested in serving as a host site for the upcoming year which runs from September 1, 2015 through June 24, 2016, please reach out today! We are expecting a class of 32 emerging leaders and would love for your organization to benefit from their service. If you or another organization in your network could benefit from hosting a Public Ally, please visit our new Partnership Development Guide. Our first round of candidate interviews (Selection Day) are scheduled for June 13th, and we would love to have your placement confirmed before then.

Posted by Mark Rauterkus at 10:33 PM No comments:

Posted by Mark Rauterkus at 2:11 PM No comments:

Posted by Mark Rauterkus at 7:34 AM No comments:

Movies at Flagstaff Hill this summer. Lots of sports flicks.

Posted by Mark Rauterkus at 8:14 AM No comments: