PLUS: Yearly reflections from us to you. 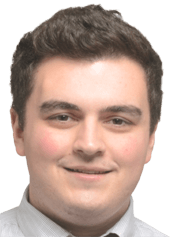 At the turn of 2021, Ed Gainey launched his campaign for mayor of Pittsburgh on the idea of bringing people together — that city government could “change lives, uplift communities and fix what’s broken” — and as the year ends, he’ll rely on those people to help him do it.

Mr. Gainey, the mayor-elect who will take the oath of office in January to succeed outgoing Mayor Bill Peduto, will lean on the help of four transition committees, packed to the brim with members he picked to “reflect the rich diversity,” he said, of the city he hopes to unite.

In interviews with the Pittsburgh Post-Gazette and in public comments, members of those committees — guided by subject areas that were pillars of Mr. Gainey’s campaign platform — said they will be driven by a desire to make Pittsburgh more equitable for its residents, especially in low income communities and communities of color.

“There are lot of people in the city of Pittsburgh who have not been seen for a very long time,” said Tiffany Taulton, director of community initiatives for the Hazelwood Initiative and a member of the transition committee on infrastructure and environment. “I’m really excited about this opportunity for [Mr. Gainey] to show all of us that we all belong here — that our struggles are real and they’re going to be addressed.”

Leaders of the transition effort said the committees will meet biweekly and will issue a final report of recommendations in mid-April to the new mayor and the general public — built on “an extensive process to engage the public” and solicit feedback from experts, said transition co-chair Angel Gober.

Ms. Taulton, a member of the committee that — according to a written plan — will explore how to improve and maintain the city’s physical infrastructure “with a special focus on environmental justice,” said she wants to ensure that low-income communities and communities of color are considered when city government thinks about health, safety and sustainability.

Hazelwood is one of those communities that’s been “historically neglected,” said Ms. Taulton, who also teaches environmental justice at Duquesne University. It’ll take consciously investing in those communities that have seen long-term disinvestment, and thinking of how long-term plans can weave between numerous subject areas to build infrastructure that’s good for both the city and its residents, she added.

A self-proclaimed “lover of trees,” Ms. Taulton said one of her biggest priorities is to talk about how trees can protect air quality and help to manage storm water in low-income communities that don’t traditionally have much tree cover.

“You have very big disparities in communities of color that often times leave them more vulnerable to flooding, air quality issues and heat island effects,” Ms. Taulton said. “Studies have shown areas that don’t have tree cover can be up to 17 degrees higher than areas that do.”

A desire to right these disparities and foster a “city for all” was at the center of Mr. Gainey’s campaign, and in a welcome letter to the transition plan, he wrote that it’s “our opportunity to unite and plan for the future” of a city long called America’s most livable, but where Black residents — specifically Black women — face outsize challenges. The common thread that should unite the transition committees, the Lincoln-Lemington state lawmaker wrote, is an “equity and empowerment lens.”

Dr. Kathi Elliott, who serves as CEO of Gwen’s Girls and is a co-chair of the health and safety committee, said Mr. Gainey has been engaged on the issue of systemic inequities impacting Black girls and women in Pittsburgh — an issue that she’s worked to address in her professional life.

Dr. Elliott said she’s looking forward to working with the mayor-elect to “tackle the inequities that were highlighted in the Gender Equity Commission report,” a study that Mr. Gainey cited numerous times during his run to assert that Pittsburgh is turning its back on many of its own residents.

The 2019 report found that Black residents in Pittsburgh could move to almost any other U.S. city of comparable size and have a better quality of life — with Black women, for example, facing higher rates of maternal mortality and poverty and lower rates of college readiness and employment.

The health and safety committee, co-chaired by Dr. Elliott and Wasi Mohamed, who is senior policy officer at The Pittsburgh Foundation, will also work to “consider social determinants of health and approaches to eradicating health disparities.” It’s a goal reminiscent of Mr. Gainey’s repeated pledge to bring a comprehensive public health plan to address the root causes of violence, from drug and alcohol use and education to poverty and the lack of opportunities.

The lack of opportunity will be a main focus of the committee on education and workforce development, tasked with making recommendations on how to “achieve shared prosperity” for residents by matching their skills with the needs of the city’s growing economies.

Eager to work with a committee he said “touches all sides of the city” in its diversity and expertise, Darrin Kelly, president of the Allegheny Fayette Central Labor Council and co-chair of the committee, said that in respect of the committee’s work, he’d like to get together with members before talking about specific policy recommendations.

Mr. Kelly said he’ll approach the work by emphasizing the need to protect workers — specifically those on the front lines of the COVID-19 pandemic — and to provide opportunities for people who may not have had them.

The committees will begin their biweekly meetings and public town halls in January, officials said.

Posted by Mark Rauterkus at 9:42 AM No comments:

Email ThisBlogThis!Share to TwitterShare to FacebookShare to Pinterest
Labels: Pittsburgh

Posted by Mark Rauterkus at 1:53 PM No comments:

Email ThisBlogThis!Share to TwitterShare to FacebookShare to Pinterest
Labels: video

Posted by Mark Rauterkus at 5:21 PM No comments:

Catherine gets ink in the Wall Street Journal 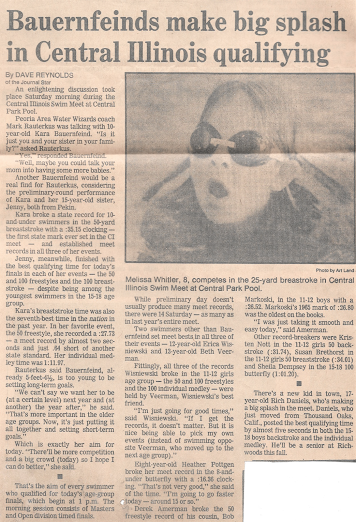 Posted by Mark Rauterkus at 11:11 AM No comments: