Swim coach points to pool as facility needing more use

Plum has an under-utilized, potential moneymaking hole in the ground, according to Plum High School's swim coach.

but to use the facility to its fullest potential, he first has to win the favor of Plum School Board and the administration.

Mark Rauterkus, Plum's swim coach for one year, proposed a regional Plum Aquatics program that would bring approximately $13,760 in revenue to the district, acording to preliminary revenue breakdown figures.

The program is designed to provide instruction to all levels and age groups of swimmers and to promote the sport of swimming in the western Pennsylvania area.

"This is a sink or swim idea," said Rauterkus.

"in my mind, the best classroom ever designed is the swimming pool."

He urged the board at a work study session last Thursday night to make a quick decision so as to capitalize on the popularity of swimming in light of the summer Olympics.

Rauterkus did not get his wish, though. The board referred his proposal to Frank Jones, solicitor, who is presently on vacation until mid-August.

The indoor high school swimming pool was open to the community just two hours every weeknight from the beginning of June to July 30.

He said he has received concunity and regional support for the program.

Rauterkus' plan is to establish a nonprofit coporation, which will implement programs, schedule special events and manage the money.

Participants would pay a yearly fee for the programs. Of the revenue Plum Aquatics would draw, 10 percent would go to the district, while the rest would defray operating costs.

The board looked at the proposal with guarded optimism.

"No one is pouring cold water over your idea," said Jeannette Spofford, pardoning the pun. "We are expressing our concerns."

Some concerns include a potential lack of interest in competitive swimming in this area, the idea that Plum's pool would not be exclusively for Plum residents, and the establishment of a nonprofit organization to spearhead the program.

As to the question of competing against East Suburban YMCA pool, Plum Aqua dn the Boyce Park wave pook, Rauterkus said Plum Aquatics is a means to train lifeguards and instructors for area public pools.

"Pools need lifeguards with good instruction. They can only train people three months out of the year," said Rauterkus.

"There is a need for some dymanic leadership programs."

PHOTO: Gabriel Chan, 6, floats head and shoulders above the rest of the Plum High School indoor pool. The pool is open weeknights from 7 to 9 for recreational swimming. (photo note, the kid is in water wings)
Posted by Mark Rauterkus at 9:17 AM No comments: 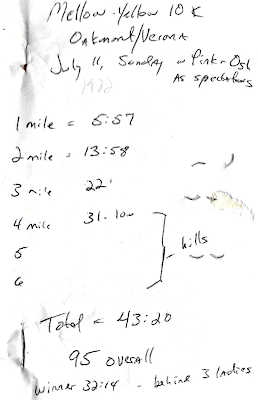 Posted by Mark Rauterkus at 2:00 AM No comments: 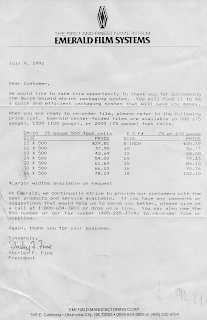 Posted by Mark Rauterkus at 1:52 PM No comments: