The school move into Peabody for the IB school (also known as Pgh Obama) was talked about again at the PPS Board of Education meeting last night (WED, Nov 17, 2010). Their "agenda review" meeting had a conversation about this topic. We've been organizing a bit on this issue. I was there for a while and did have a couple of conversations with administrators and board members.

Recap: Ms. Sherry Hazuda put forth some questions to Mr. Lopez. It goes for about 8 minutes.

The push to MOVE the Pgh Obama Academic program from Pgh Reizenstein to Pgh Peabody in the fall of 2011 was pulled. This acclerated move was put in the newspapers last week and caught some by surprise. So, the move is back on for 2012, as the original promise states, and as the past board votes confirmed. However, in the month of December and January 2011, there may be a SURVEY of the parents and students asking them if they would WANT to rush to the new site sooner, in fall 2011. If there is overwhelming support for the rushed move, then the matter could go before the PPS Board again in January 2011 for an amended vote. 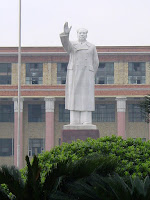 The last time a survey was taken by PPS Administrators, the name "OBAMA" was chosen among the students. Let the record show, the Barack Obama Academy of International Studies was not the top vote getter in the prior survey. The top vote getter was Schenley. That poll also had strong votes in 2nd and 3rd for Hogwarts and Frick. But Obama was picked (4th choice) and it is what it is. I love democracy. But, I worry a bit about polls. Who is counting the votes? How are questions asked?

In my not so humble opinion, the best solution: I want trust to be earned by PPS. I want PROMISES to be kept. I hate the trend and feeling of being yanked around by Pittsburgh Public Schools.

The class of 2012, the first to graduate from Pgh Obama, (i.e,, NOT Schenley), has had a rocky road. They should NOT move again at the start their senior year, Give time for the facility at Peabody to be made ready for the new school. Give time for the school to focus on academics, not moving and boxing materials and so on. That was a promise made to them and it should be honored.

In the 2011-2012 school year, it would be GREAT if the facilities of BOTH Peabody AND Reizenstein were made available in AFTER SCHOOL TIMES to the students of the city and the 6-12 school. The middle school setting and the high school needs are hard pressed to fit within one school. The schools were built for either middle school or high school. Not both. The crunch is GREATEST after school as multiple teams with multiple sports try to fit in one pool, one gym, one field. It doesn't work well -- especially if the goal is to develop kids, teams and programs to compete with the WPIAL soon.

On MONDAY, Nov 22, 2010, another PPS Board Meeting happens where the board listens to PUBLIC COMMENT in 3 minute chunks. To speak, or get onto the speaker list, call 412-622-3600 and ask to be included on the agenda. That meeting begins at 7 pm. I am speaker #3. My topic: Moving IB to Peabody in fall of 2012. I will also talk about using all the available facilities for all sorts of after school activities.

Then on Tuesday, the board will vote. But, the question of a rush to Peabody for the fall of 2011 has been removed from the agenda as of now.

Thanks for caring about our kids and their opportunities -- both in and beyond the classrooms. 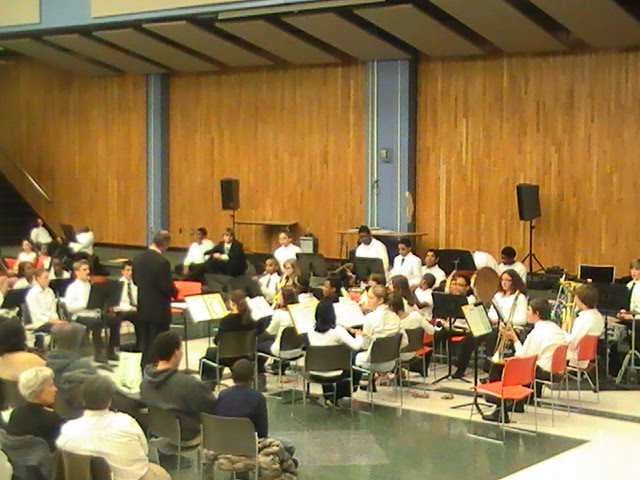 One of the reason why it is NOT prudent to move into Peabody in the fall of 2011 is the fact that the PPS Summer Dreamers is slated to use Pgh Peabody for five weeks in the summer of 2011. The fix up work, even a fresh coat of paint and removal of the Highlanders markings would take longer than the two open weeks to prep for the new school year for the new school population. It is great to have Summer Dreamers at Peabody. And, it will be great to have the facilities people have a number of months in the next year to spruce up the space.
Posted by Mark Rauterkus at 12:52 PM

I think your blog post was secretly a awesome beginning to a potential series of blog posts about this topic. So many people pretend to comprehend what they’re talking about when it comes to this topic and generally, very few people actually get it. You seem to grasp it though, so I think you ought to run with it. Thanks a lot!