How Did Rudiak Win? Voters In A Little Hamlet Called Carrick 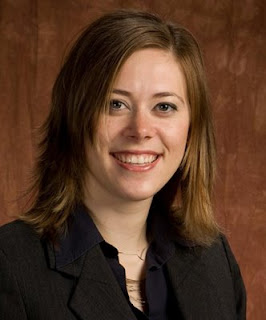 Natalia Rudiak, 29, of Carrick, has received without question, the most fortiutous political victory in the city of Pittsburgh since at least Harry Readshaw's loss for city council in the early 1990's.

Readshaw, a Democrat with the fiscal conservative nature befitting the small businessman he continues to be, became one of the most well-respected members of the Pennsylvania Legislature, while City Council District 4 has been a non-stop revolving door of Cusicks, Divens and Motziks.

How did she do it? Because of voters in Carrick, one of the city's least recognized neighborhoods.

Power brokers in the city's other “big neighborhoods” in the District, Brookline and Beechview, normally wage political war with their own annointed sons. This year it was “old hat” Anthony Coghill and “newbie” Patrick Reilly. A fourth guy—Richard Weaver—couldn't inspire 100 voters to push the button next to his name.

Yes, everyone involved are Democrats. Former Republican Governor Tom Ridge carried a couple of districts a few years ago in the area, but otherwise, the vast majority of voters there are blind to a two-party system.

Those cliques have manhandled the 4th District forever; however, the often-forgotten Carrick neighborhood fielded an attractive, talented homegrown girl who obviously benefitted from the never-ending political infighting. Normally, Carrick would field a candidate who wasn't an attractive choice, couldn't raise money, or both. Until recently, those voters who have to wait for scraps from the Wagner and Fontana camps.

It's widely believed that voters in Carrick saved former councilman Jim Motznik's hide when Coghill nearly beat him a handful of years ago. That race was an unexpected barn-burner, as Motznik was reeling from a minor controversy (he fled a television news cameraman and reporter as if the world was on fire). Motznik ultimately gave up the seat so he could run for District Justice (voters overwhelmingly gave him that job despite the fact the video showing him run like a Benny Hill day player is still available online).

Natalia Rudiak has stepped up her community profile in recent years and has established herself as a legitimate neighborhood activist (not in the ACORN “fraud” category, dear friends. The battlers of the status quo...I used to be one once upon a time).

Reports also indicated that city councilman Bill Peduto, the city's true lone revolutionist with a heart of gold, was helpful in getting Rudiak a decent war chest. Peduto should be mayor of Pittsburgh, but isn't related to the backroom deal-makers, so his road has been tough. His endorsement of Rudiak is enough for me.

Congratulations Natalia Rudiak on the most shocking win in local politics since Bob Cranmer beat Coleen Vuono for the third County Commissioner seat. That win wrecked the entire system. That whole governing body was thrown out as a result of that disasterous turn of events. (Long story short: Republicans won the majority for the first time in forever and didn't know what to do with the power. Everyone involved in that improbable election watched as their political lifes imploded in front of their eyes, Democrat and Republican.)

Something tells me that Rudiak, with Peduto and a couple of other potential “movers and shakers,” could be good for my former haunt. She absolutely, positively couldn't do worse...unless another job opens up in the next few years...then it's back to square one all over again.

Posted by Thomas Leturgey at 12:19 AM

Coghill is not a part-time roofer. He is a full-time roofer who has owned and operated his own company for 15 years.

Sala was a big time booster to Tom Murphy. Sala stepped in to try to give Pittsburgh a downtown cinema chain and Nordstrom Dept. Store -- with huge city money subsidies. That's corporate welfare.

Sala told Tonya Payne that he needed to stay in as city council member because it would take any new council member a lot of time to just find the bathroom.

Sala = arrogant. He got too big for his britches, sometime in his youth.

Sala is running a nonprofit do-good professional internship do-hickey, Coro, now, perhaps into the ground. They've gone underground it seems to me. That's a match made in heaven, IMNSHO.

But, I don't buy into the conventional wisdom that Dan L is equal to Sala Udin. That thinking and bigotry is worse than Sala's worse traits.

Coghill is not a part-time roofer. He is a full-time roofer who has owned and operated his own company for 15 years.Someone a little bitter, maybe?

No, just stating a fact.

Not bitter at all. You win some and you lose some.

My take is, in addition to all the other things, not only did she naturally define herself as The Girl From Carrick, but folks from Beechview and Brookline decided they were while they were pretty sick of one another, they actually didn't have anything against Carrick.

That italicized portion is like, a major victory for Pittsburgh to the point where it should be held up as a model.

As for Coghill...how can he be a full-time roofer when he's constantly running for city council? He is a nice guy.

Wonder if the "family values man" aka Bruce "trash bash" Kraus gave her a hand? No Club Pittsburgh donations I hope not....anyways...

Hopefully, Ms. Rudiak will surround herself with intelligent people and won't walk around Brownsville Road with her jr. police badge like Kraus does on Carson Street.

Would be refreshing to see a young professional (educated, like Ms. Rudiak and male or female)in District 3 and to do the same thing Ms. Rudiak did. She seems like a driven young person who seeks to really provide citizens with value and vision.

And who cares if Coghill is a part or full time roofer. How about he's a self employed roofer. Not sure many roofs were being fixed/ constructed this winter in our region, so I would say seasonal full time.

Although I actually supported Reilly because I like his values, I think the most qualified person actually won. Congrats to Natalia Rudiak. She ran an unbelieveable campaign. However, lost in that article is one looming and amazing fact. Motznik will be a district judge. Talk about unbelieveable. There should be qualifications set in place for someone to have the authority to rule on cases. Like a college degree or even a high school diploma. WOW!!!

Roofers do a lot of siding work in the cold months.