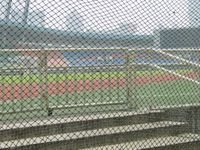 Already 21,000-strong, the force would grow to 30,000 by the end of the year, the newspaper quoted police official Miao Lin as saying.

The government had already spent 200 million yuan building the force, the official added.

In addition to a fixed monthly salary of up to 700 yuan ($87), members would receive accident and injury insurance, and bonuses for assisting in emergency situations and making arrests that led to criminal charges, Liu added. 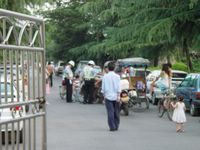 Police stop people and an instant crowd gathers right around the action. When we were stopped by the police, while on our bike, we were encircled within moments. The circle of onlookers was five deep and 20 or more around.
Posted by Mark Rauterkus at 3:26 PM